A massive clap of lightning awoke me from a dead sleep at 3 am. It was pouring outside. I responded as I always do in a storm—rushing downstairs to unplug my computers, hoping they weren’t already fried.

Briefly turning on the outside light, I noticed a big branch had fallen right outside my office. Other than that, everything looked fine. I went back to bed and quickly fell back asleep.

When I looked outside the next morning, I was stunned by what I saw. Trees were down everywhere. Our next-door neighbor had a massive oak tree in the middle of their kitchen. Others had big trees blocking their driveway. It looked like a disaster zone. Everyone was outside surveying the damage.

It was only then that I learned that a tornado had hopped, skipped and jumped through our neighborhood. There was property damage, but no one was hurt. I felt incredibly lucky.

We only lost 10 trees. Two beautiful oaks had blown over. As they’d crashed to the ground, a domino reaction took down another eight smaller trees.

Our yard was filled with dying wood. There was still sap coursing through the veins of these big trees, but it was only a matter of time before they were gone. I could have spent hours and days tending to them, hoping they’d pull through and make it. But the truth was, they were gone. They needed to be chopped up and hauled away. 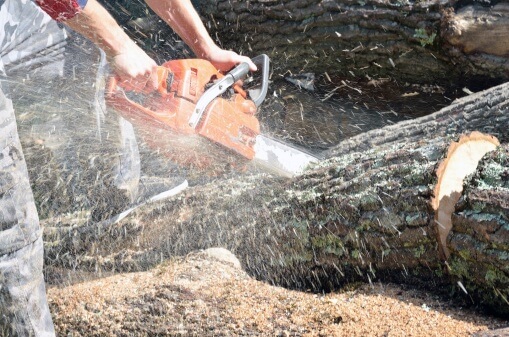 When I look at salespeople’s pipelines—and their forecast deals—I see lots of dead wood too.

Accounts that should have closed, but didn’t. Hot prospects that suddenly went cold. Yet the seller keeps thinking that the opportunity will resurrect itself or that the prospect just needs more time. So they keep in touch –wasting an inordinate amount of time tending to opportunities that never go anywhere.

Why would seemingly intelligent people (like you and me) do this to ourselves? According to brain science, it’s a normal reaction.

Recently I read a fascinating story, about a professor, that sheds some light on this. It all starts with the auction of a $20 bill to a group. There are only three simple rules.

Whenever he conducts this experiment, people jump right in. After all, it’s a great deal—again – to get a $20 bill for two bucks. But at about the $12-$16 dollar mark, people start seeing that they’re caught in a trap.

When the bidding hits the $20 phase, it’s all about loss. Yet, believe it or not, the bidding continues, often up into the hundreds of dollars. This happens every single time he does this experiment.

It turns out that we’re wired to avoid losses. In fact, loss aversion is much more powerful than the gain.

Once we’re committed to pursuing a certain direction, we want to stay the course. We tell ourselves that it’s just a function of time, that things will work out in the end. As you can see from the experiment, however, that doesn’t always happen. The more weare invested in not losing, the more we use lose.

Sometimes as sellers, we use a “loss aversion” strategy with our prospects – telling them that unless they act now, they’ll miss out on a big discount or special promotion. Sometime it’s used against us, when our prospects tell us, “We’re already pretty far down the path with your competitor; it just wouldn’t make sense to go back to ground zero and restart our decision process.”

But from a time perspective, the worst-case scenario is when we get sucked in ourselves. Research by SBI, a sales and marketing consultancy, shows that each month 60% of forecast deals fail to close. I’m talking ones that salespeople are extremely confident will close in 30 days. But they don’t.

Many of us carry these prospects right into the next month, absolutely sure that the deal will come together in that time frame. But it doesn’t. We start to get worried when prospects fail to get back to us. Our panic button gets ready to push. We start making excuses for them: They’re swamped. They had a bad 3rd quarter. There’s been some management changes.

We keep in touch and we keep “in hope.” Yet research shows that the longer a deal extends beyond the typical sales cycle, the less likely it is to close. In short, it’s dead wood, but we don’t want to call it that. We have too much invested in this prospect already. We need it to close. We’re suffering a severe case of loss aversion syndrome and it’s negatively impacting our productivity.

So here’s my challenge to you today.

Go look at that pipeline of yours. What’s real and what’s not? Dump those prospects who are asking for more time. If they do it once, it’s not a good sign. If they do it more than once, you’re in real trouble.

Get rid of the prospects you’re hanging onto. When you do that, you’ll free up lots of extra time and mental space – ultimately opening the door for new opportunities to come in.

The Role of Data Quality in Sales and Marketing Performance