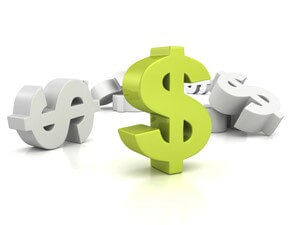 Price has always been a main reason that keeps sales people from selling. At least, that’s what sales people say. Here is some humorous evidence to the contrary

Sales people have always had a laundry list of excuses that keep them from being able to sell today. Yet, is there any excuse more infamous than the price one. “If we just lowered our price, I could sell a ton of this stuff.” Oh really? People buy primarily-based on price? Well, if that’s true consider this.

After all, someone bought from your company. Not just one person, lots of people have bought from your company. Remember this the next time you let yourself argue that you can’t sell because of price. It isn’t the price… It’s your ability to demonstrate value to prospects. And, people will pay for value. You’ve just seen evidence that they do, even in your own backyard

© 2014 by Lee B. Salz. Lee B. Salz is a leading sales management strategist specializing in helping companies build scalable, high-performance sales organizations through hiring the right salespeople, effectively onboarding them, and aligning their sales activities with business objectives through process, metrics and compensation. He is the Founder and CEO of Sales Architects, Business Expert Webinarsand The Revenue Accelerator. Lee has authored several books including the award-winning book Soar Despite Your Dodo Sales Manager. He is a results-driven sales management consultant and a passionate, dynamic speaker. Lee can be reached at lsalz@SalesArchitects.net or +1 763-416-4321.

How to Use Intent Data to Boost Your Business Sales