Rediscover a Proven and Easy Way to Increase Sales and Productivity 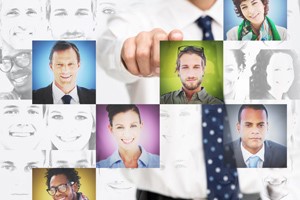 Recently I was listening to Kelly Hrudey, former LA King goalie, and now a Hockey Night In Canada commentator. He was taking calls when a father of a young and budding goalie asked what is the one piece of advice Hrudey would give to the young and perhaps future star. Now you would think that if it came down to one thing, the one thing that would really make a difference, perhaps change the young man’s approach, it would have to be profound and special, something perhaps not obvious to hockey neophytes, and certainly not something that the average Joe public could deliver. Can you guess what he said?

His advice was: “Tell him to keep his eye on the puck!”

Keep his eye on the puck? There is something only years of experience in the NHL could bring? What’s more, the reason the whole thing stuck with me was that the following day, Scott Morrison, another hockey expert and sought after sage, reinforced Hrudey’s comments. Stating that he was listening, and wanted to reiterate how important it is to “keep your eye on the puck”, imagine that. They both went on to explain that while it may seem obvious, there are so many things to distract a goalie, concentrating on the basics becomes an on going challenge, and a key fundamental that has to constantly practiced and reinforced.

Now you are wondering where the parallel is to sales and productivity? Simple, success in sales follows a consistently straight forward path. Contrary to popular belief, sales is not about closing, although many will tell you that, especially after the big scene in “Glengarry Glen Ross”, where the reps were crudely reminded to “always be closing”, ABC. And while coffee may be for closers, success comes to those who can get appointments and develop a consistently healthy pipeline.

The fact is that Sales come from Prospects, and Prospects come from Appointments. It’s true for inside reps as it is for outside reps; it’s true for “complex long sales” to five minute phone sales. If you are not getting in front of people, you are not going to have real prospects in your pipeline. A healthy pipeline is the easiest way to ensure sales.

But wait, we are not there yet. Here is your Kelly Hrudey sales moment: One of the most effective ways to get Appointments to convert to prospects is Cold Calling.

A recent article at BusinessWeek.com once again reconfirmed this. In a piece called “Is Cold-Calling Really Dead?”, they cited a survey of 700 business leaders focused on effective business generation, where cold calling came in just behind referrals as the most effective means of driving business.

But before you go off thinking you can cut out cold calling and get new business from referrals, there are a couple of basics to deal with first. Most sales reps are not much better at cultivating or monetizing referrals than making cold calls. It feels more productive because it does not have the high rejection factor cold calling does. The number one reason reps don’t like to cold call is the high level of rejection, real or perceived. As a result, they will do anything to avoid it, as a sales manager at a wireless company once told me, when it comes time to prospecting (i.e. cold calling), there is always a battery that needs to be driven across town to a “very important” customer. So with a high perceived rejection factor, comes a high reluctance factor.

This is the reason for the proliferation of programs and methods promising prospects without the need for cold calling. This reminds us of the infomercial for “motionless exercise” and miracle weight loss. The reality is that as with any exercise regimen, nothing works better than consistent implementation of a disciplined routine.

The Proof Is In the Pudding

If you look at the facts more closely, a different reality exists. Most people who complete and fully implement our Appointment Making program generally convert 16% to 25% of conversations resulting from a cold call to appointments, and about 50% of calls result in conversations (this includes getting return calls from voicemails left). Add to that the relative low cost and minimal time required to attain these appointments and you can see why cold calling is much more effective than most reps will recognize or admit.

Combine referrals with cold calling and you have a powerful means of ensuring that your pipeline is full with enough real prospects to drive your objectives and results. I have a former participant in a program who has truly mastered the art of referrals. But he always points out two things, that referrals still have to be engaged, and a time has to be scheduled to initiate the sales process. This may be simple with “warm referrals”, but can be a challenge for common referrals. The other thing he points out is that he regularly makes cold calls to ensure that he has a steady source for new referrals. He wants to consistently expand his networks, and at the same time build new networks. He understands that everybody he meets know some 250 other people, he regularly cold calls to bring in new connections of people with 250 connections.

To fully exploit both referrals and cold calling to generate a sufficient amount of leads, appointments and prospects, you need a method guaranteed to help you put into practice a proven and easy (not effortless) plan. You need to develop the discipline and commitment to constantly and consistently implement a regimen of getting in front of new prospects. This may sound as simple as keeping your eyes on the puck, but then again, of the thousands of would be hockey players very few make it to the pros. Of the thousands of would be sales people, the ones that deliver year in and year out are the ones that see a sufficient number of prospects week in and week out. To find out how you can get your team to keep their eye on the prize, visit Appointment Making Program, or contact us directly.

Selling Approaches, a Salesperson Should Adopt

The Consequences of Bad Data