This is Bob from Phoenix: The Art of the Conference Call 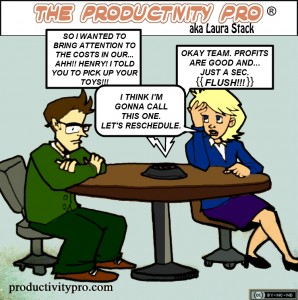 What do you get when you cross a meeting with a phone call?

Perhaps you have seen that hysterical YouTube video called “The Conference Call.” If not, you simply must look it up. It’s extremely educational as to what NOT to do on a conference call, as it combines the worst aspects of a long distance telephone call and a meeting.

Despite its challenges, conference calls resulted in a near-miraculous change in how we did business. The difficulty of communicating over long distances no longer bound organizations; even the other side of the world lay a half-second away. No longer did executives have to travel cross-country to special meetings. Now they could make company-wide decisions and begin widespread initiatives immediately.

By the 1990s, email was starting to supplant teleconferences; later, videoconferencing and Skyping became common. Yet teleconferencing is far from gone. Rather than gathering in a conference room and holding it meeting-style at each end, individuals now tend to call in using a central service like freeconferencecalling.com for audio only or gotomeeting.com for screen sharing (my favorites). By necessity, a specific teleconferencing etiquette has evolved, comprised mostly of common sense due to technical constraints.

These factors apply even more acutely to teleconferences, given the required planning factors (especially when calls take place across distant time zones). Dropping the ball means having to schedule another meeting to finish up, and not everyone may be able to make it.

But teleconferencing has its own unique challenges, since some attendees will try to multitask, since they aren’t occupying the same room with everyone else. We all know this doesn’t work (or we should by now), but many attendees do it anyway (including hearing flushing sounds on the other end). Who hasn’t attended a conference call and heard people munching on chips in the background, tap-tap-tapping on their keyboards doing email, or holding a sidebar conversation with someone else? Other common teleconference hazards include barking dogs, howling infants, honking horns, and the terminally oblivious who just walk right in and start a conversation.

Hence the Number One rule of teleconferencing: make copious use of the mute button when not speaking. Most teleconferencing equipment, from cell phones to headsets, include mute buttons. Just don’t forget to click it off when you speak—another frustration as attendees say, “Jeff? Jeff? You’re on mute!”

Other important factors to consider:

As with most communication methods, common sense and good manners rule the day with teleconferences. Unfortunately, we sometimes get so busy or in such a hurry we let both lapse in favor of saving time. But as most of us have come to know, trying to cut corners often ends up wasting more time than it saves. The semi-anonymity of teleconferencing also sometimes results in people reacting the way they do on the Internet while hiding behind a screen name: thoughtlessly, rudely, and abruptly.

Whether in a conference room with half your department or from your home, keep the above rules in mind while participating in a teleconference. Professionalism promotes productivity—and neither ever goes out of style.

How to Use Intent Data to Boost Your Business Sales